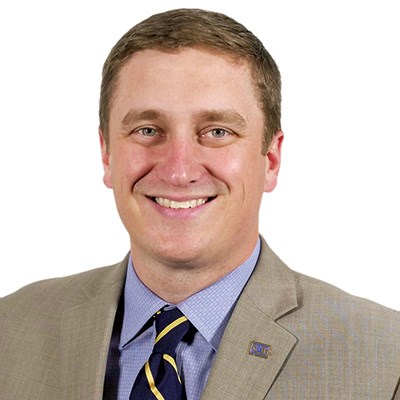 Jordan Space is president of the Eastern Pennsylvania market for S&T Bank. In his role as market president, Jordan is responsible for the leadership, growth and development of the overall region, including all business lines (commercial, business banking, retail, mortgage and wealth management). Currently, the Eastern Pennsylvania market spans west of Harrisburg, northeast to the Greater Berks region, southeast into Philadelphia and all geography in between.
Previously, Jordan was responsible for overseeing all commercial banking operations throughout southcentral Pennsylvania. Since joining the Bank in 2010, he has contributed significantly to developing customer relationships and growing business throughout the region.
Jordan is a member of the Board of Trustees for Penn Medicine Lancaster General Health where he also serves on the Penn Medicine Lancaster General Health Finance/Capital Allocations Committee. In addition, he serves on the executive leadership team for the Lancaster City Alliance Economic Development & Planning and is a member of Young Presidents’ Organization
Jordan and his wife, Courtney, reside in Lancaster with their two children Hudson and Katelyn.