Autobooks’ Steve Robert: Give Investors A Reason To Believe In Your Business 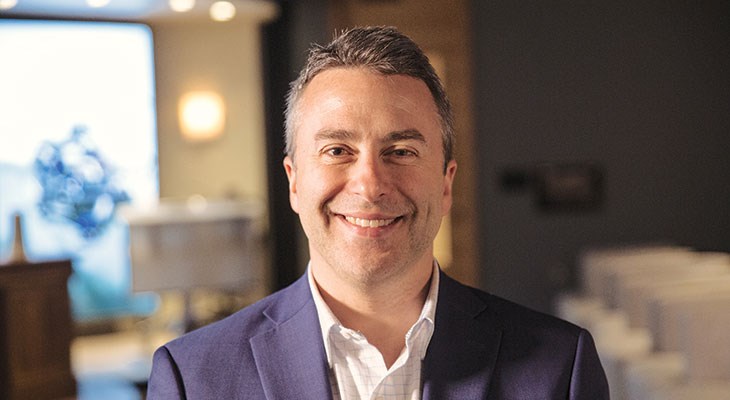 When Steve Robert scans Detroit’s business community, he finds a number of proud, independent leaders who sought to blaze their own path to success.

“We don’t have a lot of second- and third-time operators,” says Robert, co-founder and CEO of Autobooks. “We know this community has a lot of entrepreneurs, and many of them have not taken institutional dollars. They built very successful family businesses through a lot of sweat equity. But when you’re talking about taking on outside money, there’s a small list of companies that have done that, and an even smaller list that have it done it successfully.”

However, that climate is changing with the amount of private equity money available to be invested. Autobooks, a payment and accounting platform that integrates directly into online banking systems, aims to give small business owners the financial tools they need to run their business more effectively.

“We’ve raised about $23 million to date, and that has afforded us resources to both staff and overcome some of the initial hurdles associated with selling into such a regulated market,” Robert says. “We had a very specific strategy with Autobooks, and I’m happy to say we have not deviated from it.”

Smart Business Dealmakers spoke with Robert about lessons he’s learned building Autobooks and working with investors, as well as his thoughts on Detroit’s dealmaking environment in 2020.

Be a team player

Robert is a big believer in the value of teamwork.

“It’s just so incredibly difficult to build a business as a singular entrepreneur,” Robert says. “Having folks that you can share in that experience and journey and all the trials and tribulations therein, it’s kind of your network, like a workout buddy. It’s somebody that you can spend time with who can really understand the unique challenges you’re presented with at those various stages.”

Robert adds that when building a business, “It’s your ability to attract really great people and be able to hold them accountable and draw from their respective experiences that gives you a better chance for survival.

Robert and his team have spent a great deal of time educating the investment community about the nature of their company’s business model and why its enterprise value is desirable.

“We were very thoughtful trying to find very experienced investors that have successfully taken companies from an early entrepreneurial pre-revenue stage through growth and could continue to follow on with meaningful check sizes and contribution levels,” Robert says.

He says there is so much engineering that goes into early dealmaking that is not obvious.

“It’s the structure of your board and the competency of your independent directors,” he says. “Getting high-quality industry veterans to actually take interest at an early stage of a business is easier said than done. It’s trying to be thoughtful about what you’re trying to accomplish and making sure you put the right people around the table to support you. You can’t afford to be short-sighted, getting quick dollars and board members without thinking about steps two and three down the line.”

Chase your own future

If you craft a thoughtful business plan that appeals to investors, you’ll find it a lot easier to chase your dreams without much interference from those providing support.

“When you’re able to have an informed opinion and a plan of attack, and you’re fueling that strategy with like-minded investors who are behind it, they’re going to largely give you liberty to run, assuming, of course, you’re building momentum and delivering on the strategy.”

Robert is excited about the potential both for Autobooks and for the city of Detroit. In 2017, the company moved its headquarters into the city, relocating from Troy.

“Being downtown, there’s a blank canvas and the opportunity to be a meaningful employer,” Robert says. “Building a growth-oriented technology business is very desirable, both from being able to recruit from the Metro Detroit area, as well as the huge insurgence of inbound interest that the city is getting.”

This insurgence will create more opportunity for dealmaking in the city, Robert says.

“We’re able to benefit from organizations like Venture for America, which has made Detroit a priority in recent years, as well as the internships that Quicken Loans has done over the years,” Robert says. “They’ve exposed a lot of young people to the city, and as they go back and finish school, they’re coming back to Detroit. They’re bringing with them their experience and their education, and they’re trying to put fingerprints on opportunities here in the city. ‘It’s a big enough city that matters, and it’s small enough that that you can matter’ is something that was coined a while ago and is certainly true in our experience.”