Gilbert completes sale of Greektown Casino for $1B 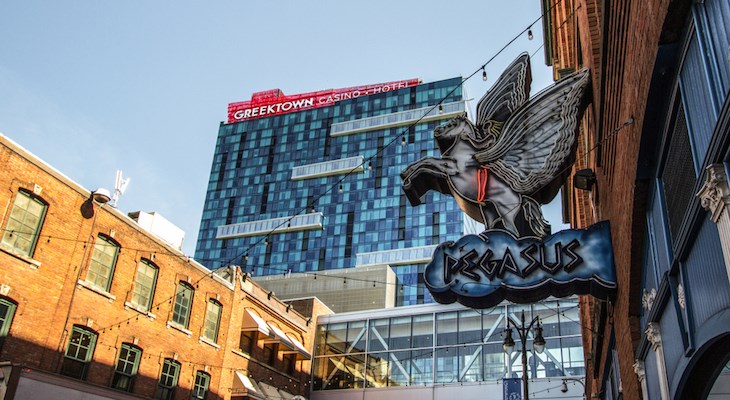 Dan Gilbert's JACK Entertainment LLC has closed the sale of the Greektown Casino-Hotel in downtown Detroit for approximately $1 billion.

The Penn National deal was financed with a combination of cash on hand and incremental borrowings under the company’s revolving credit facility. The purchase price represents a multiple of approximately 6.3x anticipated annual run-rate adjusted EBITDA, inclusive of synergies to be realized within 18 months.

Simultaneous with the closing of the transaction, Penn National has entered into a triple-net lease agreement with VICI Properties that has an initial total annual rent of approximately $55.6 million and an initial term of 15 years, with four 5-year tenant renewal options.

“Our expanded scale will allow us to generate synergies over the first six quarters of operations, at which time we anticipate an OpCo purchase multiple of 6.3x projected annual run-rate adjusted EBITDA,” Penn National CEO Timothy J. Wilmott said in a statement. “With the expected increase to our free cash flow per share, we will remain well-positioned to reduce lease-adjusted net leverage to 5.0x to 5.5x by the end of next year.”

Obligations under the lease are guaranteed by Penn National.

“In the past five months, we have closed on three large-scale acquisitions, deploying $1 billion in proceeds while adding approximately $100 million of annualized rent, and broadening our geographic diversity by expanding into two new jurisdictions,” VICI Properties President and COO John Payne said in a statement.