Rock Holdings and Cleveland Cavaliers owner Dan Gilbert was hospitalized Sunday after suffering a stroke while being treated at a Detroit-area hospital. 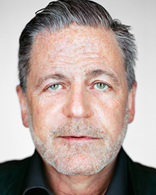 The 57-year-old Gilbert was taken to the hospital because he was not feeling well, according to a press statement issued by Quicken Loans, one of Gilbert's companies. While at the facility, reported by the Detroit Free Press as Beaumont Hospital in Royal Oak, he suffered a stroke and underwent a catheterization procedure and then was moved into the intensive care unit recover.

"Dan is awake, responsive and resting comfortably," Quicken Loans CEO Jay Farner said in the statement. "Dan and his family are immensely grateful to the doctors and nurses whose early intervention is already paying dividends toward his recovery.

"We will update the public as additional details become known," Farner added. "Thanks to the strong culture and leadership Dan has built and grown, business at the Rock Family of Companies will continue under the normal, everyday direction of their respective CEOs."