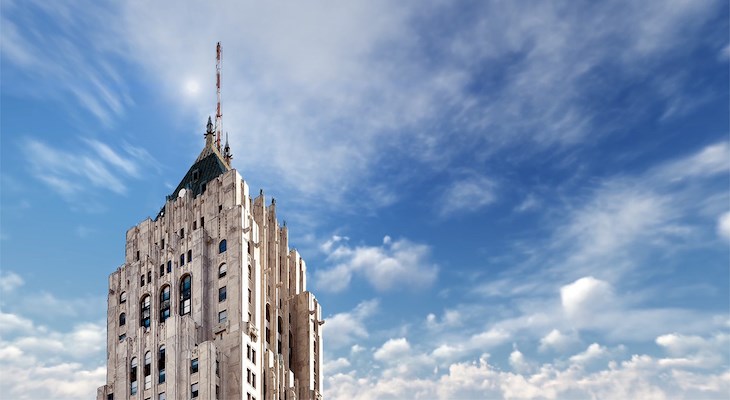 Boston-based UC Funds has agreed to a $36 million refinancing for Detroit’s iconic Fisher Building. The deal provides New York-based HFZ Capital and The Platform, a private development firm in Detroit, with money to knock out prior debt on the building, according to a statement on the UC Funds website, clearing the way for preservation work.

Plans include a conference center, an upgrade of three elevators and the building’s public bathrooms, as well as the restoration of the brass entrance doors, reports a story in the Detroit News. The ownership team also includes Rheal Capital Management, a New York-based firm led by Detroit Native John Rhea.

The building is commonly described as “Detroit’s Largest Art Object.” It was designed by Albert Hahn and built in 1928. Construction was financed using proceeds from the Fisher Body Co. sale to General Motors, according to the HFZ Capital website. The building was designated a National Landmark in 1989 and is home to the Fisher Theatre, one of Detroit’s oldest live theatre venues.

Several million dollars have been spent on capital improvements since the Fisher and nearby Albert Kahn building were purchased in a $12.2 million deal less than four years ago, according to the story in the Detroit News.