The economy's impact on deal readiness 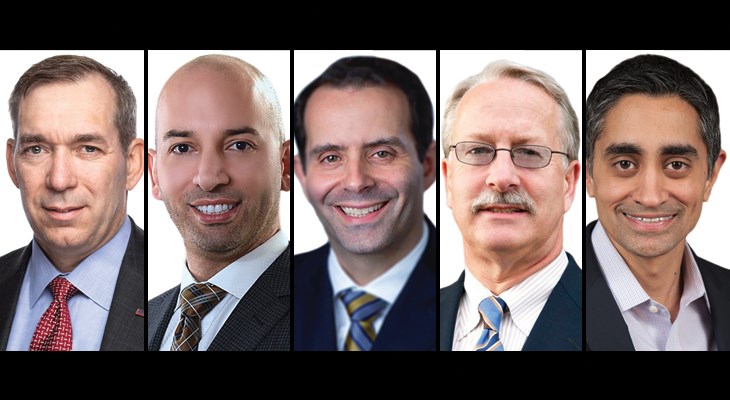 How a company putting itself up for sale fares in this market is going to depend on the type of business because different businesses are exposed to different risks, says John Kanan, a partner at Honigman.

"When you're preparing a company for sale, you want to identify your own risks," Kanan says. "You want to think about what's the buyer going to look at? What are they going to find as a concern that they're going to want to address in either valuation or understand what your answer is?”

Speaking at the Detroit Smart Business Dealmakers Conference during a panel on economic uncertainty and its impact on deal readiness, moderated by BDO Consulting Group's Robert Berdanier, Kanan says sellers need to keep up on issues that could give a buyer pause, especially considering there are always going to be new challenges that must be addressed beyond the core financial considerations that many focus on.

"Entrepreneurs fail to see the things that don't directly affect revenues, customers and products," he says. "Those are the things they typically focus on. Entrepreneurs are really good at driving revenues, maybe reducing costs, maybe identifying new customers, but they don't think about am I classifying my employees properly? Am I complying with legal regulations? And how are my books? Do I have good books? I'm using QuickBooks still or do I have a good system, good accountants, are my accountants producing good financial statements? How rigorous are my reports. These are things that don't affect the day-to-day life of an entrepreneur but become very important in the context of the deal."

Kal Beidas, executive director at Worldwide Alliance Group, based in Detroit, knows how non-financial issues can affect a deal. His company recently acquired Wälzlager Industriewerke Bulle A.G, based in Switzerland.

Doing a deal in another country created challenges, he says. The laws as well as the way business is done differ between the U.S. and Switzerland. What would have been helpful to understand, Beidas says, is more about the people and how they operate.

"Their culture is quite fascinating, actually, but it's not going to be something where you can come in and forcefully enact your investment thesis and start to see results in six months," he says. "It doesn't work like that in Switzerland. They're very structured. They're very formal. They have protocols and if you come in and you just start saying, 'Hey, here's the investment thesis and here's the timeline, the pushback is going to be very ugly.' So, understanding that HR culture is very important and on international transactions, whether in Europe or elsewhere, that kind of understanding is going to be beneficial."

It was a similar experience for Fred Minturn, CEO and executive chairman of MSX International. The global business process outsourcing company, spun out of Masco Corp. in 1997, has since bought three dozen businesses and has sold off three of its five divisions before selling to Bain Capital Private Equity in 2017.

In Minturn's transaction, he says the deal with Bain has been a boon for the company. The one area that he sees as an oversight in private equity often is HR. It's an area in which he would have done more.

And that diligence is very important. Vipul Patel Managing Director Aon PLC says as an insurer, he is often coming in during the last two weeks of a transaction to try to get the deal insured, which allows the seller to get a clean exit at closing and keeps the buyer protected for anything that goes wrong post-closing. For that to go smoothly, however, buyers need to have done a very thorough diligence process.

"If the buyer is willing to take on some risks and not dig in deeper for certain areas, that doesn't work for the insurance company," Patel says. "They're going to ask that question. They're advised by outside council that is just as sophisticated as the buyer council. So, if there are holes in that diligence, if there's gaps in diligence, you can say, 'Well, we're not going to cover that because you didn't look at it.'"

However, acquisitions, by nature, are a balance of risk and reward, Beidas says. Since there's always going to be an element of risk, he would prefer to have a transparent relationship with a seller so he can understand all the negatives of a company.

"I'm not going to shy away from a transaction because it doesn't check all the boxes on my due diligence list, that's OK," he says. "As long as I understand, what's wrong with the company, what needs work, what's deficient, that's OK for me."