Choosing a strategic buyer pays off for Walsh Equipment family 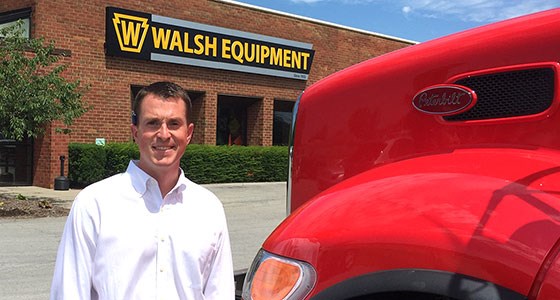 It was bittersweet for Charles Walsh to no longer see his family’s name on their construction equipment dealership. But by all accounts, the sale to Stephenson Equipment Inc. in 2017 has been a success.

Not only did none of the 40 Walsh Equipment employees lose their jobs to redundancy, the two Walsh locations have added 17 new jobs since the sale. The combined company — one of the Mid-Atlantic’s largest construction equipment dealers, which also has crane and truck product lines — has eight stores and 200 employees.

“We looked at financial buyers, and we were able to attract some financial buyers. But ultimately, we picked the partner that we thought was the best for our employees and our customers. And we’re very happy, a year later, that we did that because we feel like it’s a bigger, stronger, better business today

“We turned down slightly better, more lucrative offers in order to have this strategic partner,” says Walsh, now vice president of construction equipment for Stephenson. “As a family, we would have done better if we had picked a financial partner. We thought it was better for the employees and the customers for us to merge with Stephenson.”

In this month’s Dealmaker Q&A, Walsh talks about the sale process, the challenges of integration and the emotional impact of selling.

How did merger talks start between Walsh and Stephenson?

We had talked over the years a number of times because there was so much co-operation between the two dealerships. It had been a conversation that went back 15 years; never had been serious, never had been really more than just a casual comment here or there.

The Walsh Equipment business was on a 12 percent compound annual growth rate for 10 years, and as we continued growing dramatically — and Stephenson also enjoyed a lot of success — we both grew to the size where the scale of it combined made us a major player. It got to the point where we couldn’t ignore the benefits of doing it.

Did you struggle with the emotional aspects of selling?

I think we protected the legacy. I’m third generation, and the business was 86 years old. My dad was still in involved in the business, and so our merger with Stephenson also solved the retirement plan and succession plan for him. He’s now retired and no longer active day to day in the business, though he still hangs around.

How did the integration go?

Integration — in and of itself, putting two businesses together — is not easy. It’s been more challenging than I would have realized, particularly around business systems. We had two different business operating systems, so that runs our point of sale for parts and service as well as all of our accounting and inventory management.

Having two different systems and having to train all of our employees on the new system, right after a merger, is difficult and it puts a strain on your employees. A lot of training was required. You should anticipate that the first year, there’s going to be some nonproductive time, which may impact financial performance for a couple months. That’s just the way it goes.

How hard was it adjust from president to someone within a larger organization?

I still ran the Walsh division with complete autonomy for the first full year. So, the title, instead of being president, was vice president, but it was of the Walsh division. So, I ran our 40 employees in our stores without any interference, and they gave me full control. That was great.

Now, 12 months in, they have vice presidents of parts, vice presidents of service, they have HR people. The structure has made my job more enjoyable because now I’m focused on growing and business development in the entire state with the 200 employees and the eight stores and our 25 manufacturers. I enjoy the business development growth and it’s nice to have some professional executives helping manage various parts of our business, like parts, service and rental.

So, for me, it’s been a nice transition, and I hadn’t suffered a lot of loss of autonomy until being promoted to the vice president of construction equipment position, where I’m now running a much bigger business and there’s a lot more opportunity for growth.

There’s a board of directors, there’s shareholders, and it’s nice not to be the one-stop shop for any and all problems.