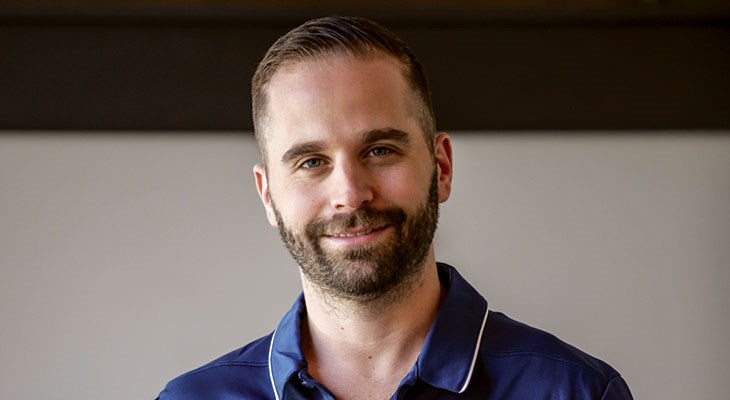 Investors have heard all the clichés from entrepreneurs pitching what they believe to be the next great business idea, says Chad Bronstein, founder and CEO at Fyllo.

“It’s kind of a game for them,” Bronstein says. “They’ll challenge you and ask you tough questions that are maybe a bit eccentric. They want to see how you react. They aren’t bad people. But they’ve probably heard 500 pitches and it really does become somewhat of a game.”

Bronstein has learned to play the game. Last month, he landed $18 million in two rounds of seed funding for Fyllo, billed as “the world’s first MarTech platform for the cannabis industry.”

Fyllo's funding was led by JW Asset Management and Canadian-based K2 & Associates, with other investors also making commitments. JW Asset Management is behind several of the hottest companies in the cannabis space, including TerrAscend and Canopy Rivers.

We caught up with Bronstein to talk about Fyllo’s strategy for raising capital and the challenge of working in an industry that still carries a negative stigma in some corners of society.

Prior to launching Fyllo, Bronstein served as chief revenue officer at Amobee, a global digital marketing technology company based in Redwood City, California.

He helped the company make roughly $1 billion of acquisitions before his attention was drawn to the cannabis industry.

One of Bronstein’s goals with the business is to change the perception that many people have of cannabis.

“It’s not just to help people get high,” he says. “Specifically, it is being used to get people off of opioids, to help people with autism and to help with sleeping problems. It’s used to take people off of Xanax and move them to natural cannabidiol. There are a lot of different approaches to cannabis and what people have set out to do.”

Dealmaking will play a big part as Fyllo pursues its goals, Bronstein says.

He says investors are always going to look for passion and belief.

“They want to see in you a belief that nothing is going to come in the way of you building that company,” he says. “When you walk in the room, they need to see that you’re confident, not arrogant.”

In addition to confidence, investors want to see the framework for long-term success in a business model.

“They're not looking for a short-term gain,” Bronstein says. “They look for credibility. Everything that an investor does is a gamble, no matter how credible you are. So they want to make sure that they can de-risk themselves as much as possible by betting on a strong team. A strong technology is important, but I think they go for team first.”

The goal of any investor pitch should be to help an investor understand your business in the first three minutes.

“If you overcomplicate it, there's a good shot you're walking out of that room without that person investing,” Bronstein says. “Make sure that your story is as simple as possible.”

Get good at multitasking

In addition to its Chicago headquarters, Fyllo has offices in Los Angeles, Denver, New York, Toronto and Tel Aviv, with expansion planned for Las Vegas, Phoenix and Cleveland.

One of the challenge for Bronstein going forward will be to keep an eye on both funding efforts and the operations side of his young company.

“Obviously starting a new company, raising money for a new company, going out and meeting with tons of different investment banks, venture groups, family offices, it takes a lot of time,” Bronstein says. “The biggest trouble in dealmaking is making sure that you're running the company and you're raising money at the same time. It's multitasking. I felt that for what we were building and the confidence on the story, luckily we’ve had a lot of people buy into what we’re developing. Obviously you have people say no. But I felt that we had enough scale, we picked the right investors and they stuck behind us. Here we are, $18 million dollars later.”

The plan right now is to focus on continuing to grow the business, both organically and inorganically, Bronstein says.

“So we're looking at M&A targets,” he says. “We're probably going to go into a large Series A round in the next six months. We're also growing engineering quite a bit as well right now. So we're staffing up heavily and the next six months is going to be hyper-growth mode.”