Jake Loosararian bets on himself — and Gecko Robotics 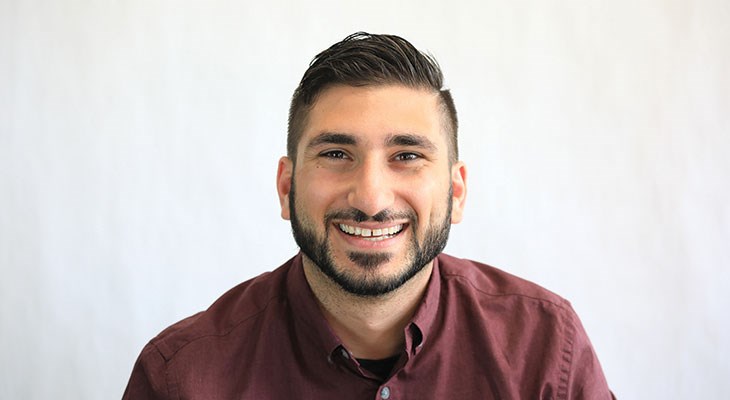 Jake Loosararian spent three years bootstrapping Gecko Robotics after he built his first wall-climbing robot for inspecting industrial infrastructure. Then, in 2015, a large energy company wanted to acquire the startup he founded.

Although he only had $300 to his name, Loosararian turned down the offer. Instead, he accepted a chance to go through a three-month program at the prestigious startup accelerator Y Combinator in California.

“I poured my life savings into a company that wasn’t successful yet, but showed a lot of great promise,” he says. “I realized that I went through all this pain to get to a place where I could grow Gecko to a big company.”

Loosararian still believed in the concept of mining physical data to predict when things will break. That’s why he decided to bet big and go with YC.

Today, Gecko Robotics Inc. employs more than 100 people through three offices, operating its robots as a service for 80 customers that include household names like Exxon, Chevron and Duke Energy. The company also has raised $50 million in venture funding from contributors like Founders Fund and Drive Capital, and expects to double in size in 2020.

We spoke to the CEO about his experience with investors as he and his team build and scale the company.

How close were you taking the acquisition offer in 2013?

I definitely considered it, but after talking to my family and co-founder Troy Demmer, I stuck to the principles of why I started the company.

Kevin Hale, of Y Combinator, helped Troy and I see what the business could become. At the time, it wasn’t serving a multihundred-billion-dollar industry. It was a lot smaller. That’s the trademark of really good investors — they help entrepreneurs see what their business could be and not just poke holes in it. There are a lot of holes poked in most people’s pitches, but very few investors can actually see potential.

Did working with the high-profile Y Combinator make a big difference in terms of connecting with investors?

It was a game changer. I would definitely recommend entrepreneurs go through that program. It’s beneficial for so many reasons, including teaching you how to build a great business and exposing you to great seed investors.

One of the killers for startups is just how much time they spend on fundraising. Our seed fundraising took about two weeks. Our Series A took about five or six weeks and our Series B took about four weeks. It typically requires four to six months to raise rounds. We were able to accelerate that and get back to actually building the company really quickly.

How do you make sure you’re working with the right investors?

In conversations that I had with different partners, I was asking, ‘Can I connect with this person on a human level?’ A lot of times, it’s super transactional between entrepreneurs and investors, and that’s not what I wanted. They’re going to be on my team. I want a relationship and not a transaction.

You want to work with people who help generate great ideas and not just nod their heads at good ideas. I looked for contrarian ways of thinking about things. Founders Fund, Peter Thiel’s fund, is known for their contrarian bets and ways of thinking.

With Drive Capital, the venture capital firm was founded by two Sequoia partners who decided to leave the Bay Area and start a venture fund in the middle of Ohio, which is not exactly the traditional way to create a venture fund. They did it and have raised, I think, over $1 billion in capital. It’s impressive. It catches my attention when investors can be brave when they’re asking their entrepreneurs to be brave.

What’s your advice for other early stage companies?

I was fortunate to have amazing people around me who are extremely generous with their time to a very undeserving young entrepreneur.

You have to put yourself in a position to get that advice, and a lot of times that comes in the form of just asking. Don’t be an a-hole about it. Being somebody that people want to help is important — the classic Dale Carnegie stuff because, again, people are people.

So, continue to ask questions to people who would be able to help provide perspective. They’ve been there before. And then ask them to give you names of three or four people that they think would be good in whatever area you’re trying to learn. Really try to learn fast.

Speed is important, but also be good at filtering. It’s good to get a lot of information, but if you just take what everyone says as truth and don’t apply it to your situation with your own context, then you’re not being entrepreneurial. You’re not figuring things out for yourself. You’re trying to copy and paste, and that’s not what entrepreneurship is about.

What is your sense — understanding that everything is very fluid — of how the rest of the year will shape up for your company?

Now more than ever, our customers are looking for safe solutions that reduce the number of people on site. The industries that we serve, such as oil and gas, power and manufacturing, have been operating without normally scheduled maintenance turnarounds.

This means that, without solutions like what Gecko provides, we will start to see more and more accidents at these facilities. We have already begun to see a spike in incidents. This will begin to affect us all soon. Therefore, we expect an increase in demand starting toward the middle to end of Q2.