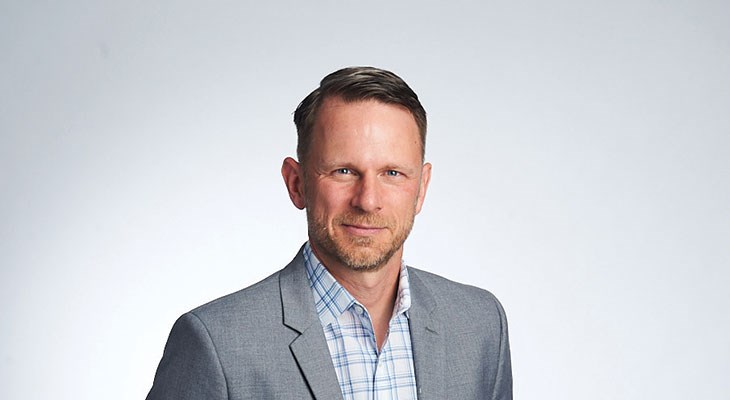 The robotics industry remains in flux, especially as methods for fulfilling consumer orders continue to evolve. But Pittsburgh — and companies like IAM Robotics — is at the center of it all.

“Pittsburgh is a bigger, more capable, more influential robotics center than the world knows,” says CEO Joel Reed. “Those closest to our industry know that there are really three centers in the U.S.: the Bay area, Boston and Pittsburgh, and we’re not last out of those three.”

Reed became CEO of the Pittsburgh startup in August, so co-founders Tom Galluzzo and Vladimir Altman could focus on the company’s Swift mobile picking technology. In November, IAM Robotics raised a $20 million Series A round, which was led by KCK Ltd., a family-owned investment firm.

In this week’s Dealmakers, Reed talks about capital raising trends in the robotics industry, finding talent and what’s next for IAM Robotics.

Breaking into the market 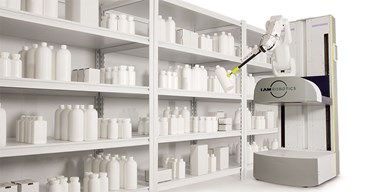 IAM Robotics was founded in late 2012. For the next four years, Galluzzo and Altman, who had worked at Carnegie Mellon University’s National Robotics Engineering Center, developed the core technology. They launched the Swift picking robot prototype in 2017.

Reed joined IAM Robotics as vice president of sales and marketing when the company began offering a commercial product. Little did he know that he was auditioning for a bigger role.

“Investors are looking for someone with operating experience and commercialization experience to actually fill that CEO role,” he says.

It’s difficult to be both the visionary — developing detailed engineering plans and building intellectual property portfolios — and handle sales, marketing, product development, deployment and service, Reed says. He had worked for Seegrid Corp., which developed some of the first fully autonomous robots for the material handling industry. The difference between then and now, he says, is that robots aren’t just an option to reduce costs; they’ve become a business imperative.

“It’s not just about having a more efficient, more cost-effective operation, but it’s offering new services in the marketplace by changing your operations and what you can do in your supply chain,” he says.

Finding the right people is one key to success. Now that IAM Robotics is hiring, it’s competing with Uber, Argo AI, Aurora and other Pittsburgh companies developing automation and robots for talent. Though Reed expects cross-pollination to help.

“Those people who went into Uber and were getting Uber-like compensation packages, we’re not going to compete with that,” he says. “But they’re also only going to work there for a period of time. They’ll cycle out of there, and then it’s a really great source of talent for us.”

There’s a reason IAM Robotics was later to its Series A investment round than many other robotics companies. The company was tackling more difficult technical problems and has a longer sales cycle, Reed says.

“Our landscape is broken into three segments: robots that transport things, robots that pick things from fixed positions, so they select things out of bins, and then robots that do both. We fall into that third category,” he says.

Although IAM Robotics had a few angels and institutional investors, including Innovation Works, it was looking for $10 million or more for its Series A round. That meant going outside of the area.

“We definitely bootstrapped for that period of four to five years, and there were probably opportunities we could have taken better advantage of by raising more money earlier,” Reed says.

The company is already close to doubling its 20-person workforce. But the capital-raising environment has gotten more competitive, even as it validates IAM Robotics’ path. Automated mobile robots once drew tens to hundreds of millions of dollars, Reed says. “If you fast forward to today, that’s quickly become a commoditized-like segment,” he says. “There are many of those players and they’re all largely doing the same thing. So, having gotten through that, we stand out as a unique solution, highly differentiated. But that wasn’t easy, because, at the time, the herd was following that other segment.”

“We found that the two reasons why investors will invest are the fear of missing out and the herd mentality,” he says. “So, you’ve got to be aware of those, and be sure to structure your pitch and your fundraising with those realities.”

Once the first few investors get in, everybody follows. But that doesn’t last forever, Reed adds. After a certain amount of capital is distributed, everyone wants to see what’s going to happen — especially with something physical and technical like robotic platforms, he says.

IAM Robotics attended both CES 2019 and the NRF Big Show, hosted by the National Retail Federation, in January. At CES, Reed says, a big piece of feedback on the Swift mobile picking technology was, “Oh, here’s a robot that actually does something practical.”

“In the robotics space, there’s still a lot of conceptual-level ideas, and we have a very industrious solution that is in operation for clients today,” he says.

January was also the first time the company attended NRF. Employees used the opportunity to learn more about the blurring between warehouse operations and retail store experiences, and how automated robots are making their way into the retail experience.

“Some retailers are looking at fulfilling e-commerce orders or doing the shopping for the consumers out of their retail stores,” says Reed.

Ultimately, maintaining focus is critical. IAM Robotics must keep its platform in an addressable market and succeed there.

“There are those that are dubious and don’t think automation technology is advanced to a sufficient operational level,” he says. “But, then on the other end of the spectrum, there are those that think it can do everything. We actually struggle more with the latter.”