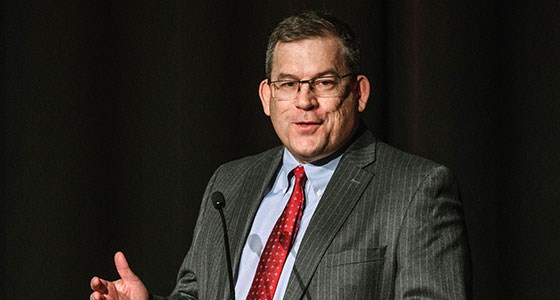 As a young lawyer at the firm he helped found, Brodman did whatever he could to develop clients. But once he started on his first M&A transaction, he knew he’d found his calling.

The thought process came naturally. To this day, he finds every deal to be unique and he takes away something new.

“I enjoy the variety — dealing with different people and different situations on a regular basis. I enjoy the pressure of performing. I take it on my shoulders that it’s my responsibility to get a result for my client. Usually that result is a successful closing. Sometimes the best result is not closing. But either way, it’s the pressure of me being in the middle of that and getting my client the best result. That puts the wind in my sails every day,” says Brodman, who is now president of Metz Lewis Brodman Must O’Keefe LLC.

Brodman and his team take a practical and business-like approach to dealmaking. And that’s something they encourage in their clients, too.

Smart Business Dealmakers spoke with Brodman about deal-killing issues and the principles of successful dealmakers.

What is your approach when deal falls apart? How can the dealmakers bounce back from a setback?

For instance, I just had a deal on the sell side, and we were very concerned about the buyer’s ability to get financing. So, we slow-walked all the other aspects of the deal until we had a commitment letter on the financing.

When they do fall apart, every situation tends to be different. But what I will do is usually give a little bit of time for the dust to clear and emotions to dissipate, and then I’ll just circle back with my client and talk about options — whether it’s to keep the business, to grow the business, to look for another target company, another buyer.

Is there a stigma to re-shopping a company?

I don’t find that to be the case. If you’re on the sell side, there are plenty of really good companies that for one reason or another, you’re in the deal process and that deal doesn’t get done.

The players tend to be so mature these days that I don’t think a savvy buyer gets scared off just because the target company was on the market and the deal fell through. If it fell through because there’s something wrong with the company, that next buyer will figure that out in due course.

What red flags are you watching for?

It could be dealing with key employees. For instance, the buyer may only be willing to go forward if the management team for the seller stays on. So, if that’s the case, as a buyer, we’d want to talk to that management team earlier in the process.

What key principles do successful dealmakers typically adhere to in their M&A work?

If the client is buying or selling a business, their goal is not always the same. And how I approach it, running a transaction on the legal side, can vary a great deal based on who my client is, what business they’re in and what they’re trying to accomplish.

If we’re representing a private equity group, they are professional deal people. They understand all that very clearly. They understand the process. But I need to understand, are they a bulldog that wants me to drill down on every issue, or are they more practical minded?

Half of the deals that we do are on the sell side and many times we’re representing someone who built a great company, but they’re not a professional deal person. It might be the only deal they’ve ever done, is to sell this business that they’ve spent their career building. And in those situations, it’s very important for us, as M&A counsel, to go through and give some coaching to the client. So that we understand, and they understand — we’re aligned in our approach as to what we’re trying to accomplish and how we want to get it done.

When you go to law school, the best law students are the ones who can identify all the issues and analyze the heck out of all the issues on both sides. But when you practice, that’s not necessarily in your client’s best interest, to identify and beat up every single issue. So, we really try to — that’s one of the reasons we need to understand the business and their purpose — identify the issues and then figure out which ones are a priority, and focus on those.