Sphera’s Paul Marushka: A Little Conversation Can Go A Long Way In Dealmaking 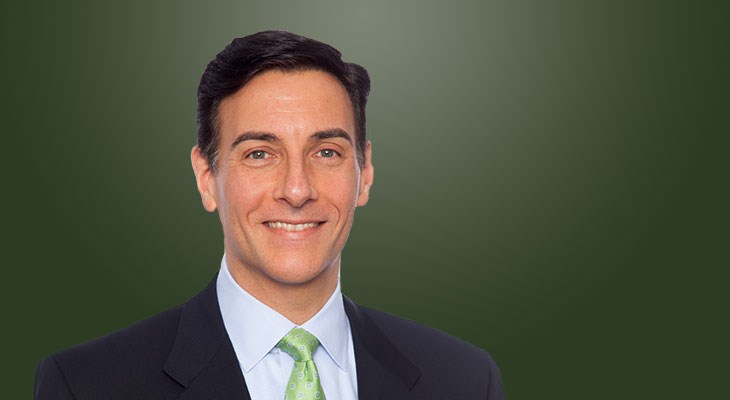 Paul Marushka created Sphera with a grand vision in mind, and he quickly learned that dealmaking would play a key role in achieving his ambitious goals.

He founded the business to help other companies better manage their risk, from environmental health and safety concerns to operational and product stewardship threats.

“But we realized we can’t build everything ourselves fast enough to meet the demand in the marketplace,” says Marushka, whose company has spent $100 million on research and development to create cloud-based applications. “So we have been in an active M&A effort to try to fill in the gaps in our portfolios.”

Sphera has made numerous acquisition in the past two years, growing to about 1,000 employees. Its latest deal closed on Sept. 16, when it acquired Stuttgart, Germany-based thinkstep. In addition, the company has 10 more potential deals in the pipeline, with three letters of intent already delivered.

“We’re very strong in North America,” Marushka says. “Now, we see great opportunity outside of North America to continue to expand our portfolios.”

Smart Business Dealmakers spoke with Marushka about what he looks for in an acquisition target and the value that can be gained by integrating leadership talent from the companies you acquire.

Find the next opportunity

Sphera has developed a list of checkpoints that it reviews when assessing the viability of a potential acquisition.

“Does it fit a solution that we’re trying to build in our portfolio?” Marushka says. “Second, does it hit the industries that we serve? We serve oil and gas, chemical and large manufacturing companies. Third, does it help us from a geographic perspective? We’re moving away from being North American-centric to being truly a global company. Customer segment is the fourth criteria. Our customer segments tend to be very large enterprise customers. So we look at those four things and say, ‘Where do we have opportunities?’”

In 2017, Sphera bought U.K.-based Rivo Software, bolstering its presence across Europe, the Middle East and the Asia-Pacific region. It was a nice addition to Sphera, but Marushka wanted more.

“The banker on that deal was Marks Baughan Securities out of the U.K.,” Marushka says. “When we finished, they said, ‘Are you guys done?’ We said, ‘No, here’s the portfolio we’re trying to build and buy. We’re very interested in the sustainability space.’”

Months had passed with no further dialogue when Sphera got a call about a German company called thinkstep. The extra effort was about to pay off in another deal.

“It fit the solution we were looking for, it hit the same industries we’re in and, geographically, it’s very complementary in terms of them being very strong in Europe and us giving them a channel to come to the U.S.,” Marushka says.

Those extra conversations you have when negotiating the deal on the table can often provide big dividends in deals down the road.

“We did a deal with a company called Petrotechnics out of Scotland in January,” Marushka says. “I had been calling on the CEO of that company for about 18 months. It was a cloud-based product that would fit in our portfolio and hit our oil and gas customer segment. And they weren’t selling at the time.”

Eventually, that changed, and the time that Marushka had already invested made the effort to finalize a deal much easier.

“We had gotten to know one another at the executive level,” he says. “We understood each other’s cultures, talked about the fit of both companies and the complementary nature of the products. So while others were looking at acquiring them, we felt we had a head start. We even started to think internally about how they would fit within our portfolio.”

Talk to the CEO

As a CEO himself, Maruhska understands the unique set of talent and skill it takes to succeed in the role. As a result, another part of his M&A process is to try to find a place at Sphera for his counterparts at the companies he acquires.

“I prefer to be very frank and open with the CEOs to understand what they want to do post-acquisition,” Marushka says. “We just did an LOI now and we had a conversation with the CEO about where he wanted to be post-acquisition and where our needs were. We were open with where we would go with the business, what role we would have for him. We talked about his aspirations and whether there was a fit. We think that’s important.”

Some CEOs appreciate the effort, while others prefer to move on to other things. But the dialogue is always worth having, Marushka says.