Tecum Capital’s Matt Harnett: Investors should work on the business, not in it 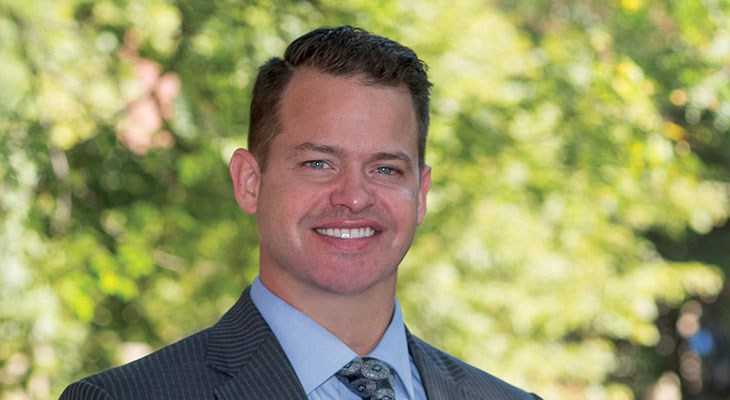 “We’re capital providers, finance people, putting together financial models, how to make returns,” says founding partner Matt Harnett, who has been investing for about 12 years. “If the company grows, we all look pretty smart. If it doesn’t grow, you look and say, ‘Where did we go wrong?’ And it boils down to the people, all the time.”

Tecum has more than 40 companies in its portfolio, with more than $750 million in capital under management in three funds. At the 2019 ASPIRE Dealmakers conference in Pittsburgh earlier this year, Hartnett shared his insights into buying companies.

Why is it so important to have a strong operator running the company you’re investing in?

If you can find an operator who has built and grown a company and has done add-ons and organic growth initiatives, you can find a business for them. That’s been some of our best success recently because, ultimately, we’re trying to scale our business.

As investors, we can’t do it alone; we need operators. It’s tempting to say, ‘I can go make that sale, or I could go fix that company,’ but that’s not why we’re paid. Our limited partners expect us to put capital out, watch it, track it, get a return on it — by investing in strong companies, working with operators and managers, building and tracking key performance indicators and growing the businesses.

Investors might be able to work effectively in one or two companies, but you can’t do that with 41. As a PE investor, you’re working on the company, not in it. So, you have to have good teams in the market, and you need to make sure you have good advisers around them.

How do advisers help?

It’s hard when you’re down in the weeds, getting that call at 2 a.m. like CEOs do, to have perspective. The No. 1 thing you can provide for them, I’ve learned, is a good advisory board. Not a governance board, but three, four or five people that can give them honest feedback. They can call and say, ‘Listen, this is going on. What should I do?’ Or they can make introductions. ‘Hey, you should really call this person. They have a $200 million company that can distribute your product.’

If they’re willing to learn, put a board around them — it’s extremely valuable.

How do you handle the change when an operator isn’t able to drive growth?

You’re trying to make the company a better company, but not necessarily be the one working in it. If you don’t have the person there who’s doing it, you need to make a change quickly because you have four or five years to create value.

We’re very relationship focused, so if there’s an opportunity for an operator to continue their legacy, that’s what we’re known for. But sometimes we get operators who roll over, cash out at $10 million, and don’t want to work 60 hours a week. Have that conversation soon. Rip off the Band-Aid, and say, ‘Listen, you know you want to take a step back from the day-to-day grind. Why don’t you be the chairman of the board. Let’s go hire that person to focus on growth and work tirelessly for the next four years, and you can be part of that governance board, versus the one to do it.’ Because it takes a lot of energy to run this playbook.

We’ve learned to make those changes early and have those tough conversations early, because your investors are counting on you to do it.

If it’s a management buyout and you’re working with the existing owner and it’s more of a debt deal, you might not need a lot of change to make a return. But if it’s a growth equity deal, it’s a different discussion.

We certainly go in with a strategy and are honest about our intentions when we talk to the management team. They may think you want to hear that they’re going to work harder than ever. But it’s important that they’re honest with you and feel comfortable being honest with you. The worst deals are the ones where somebody says they’re going to take it to the next level, and they don’t actually want to. We’ve seen it happen.

And if there is going to be a change, you need buy-in from the people at the second and third level to know that they’re going to get behind your new leader.