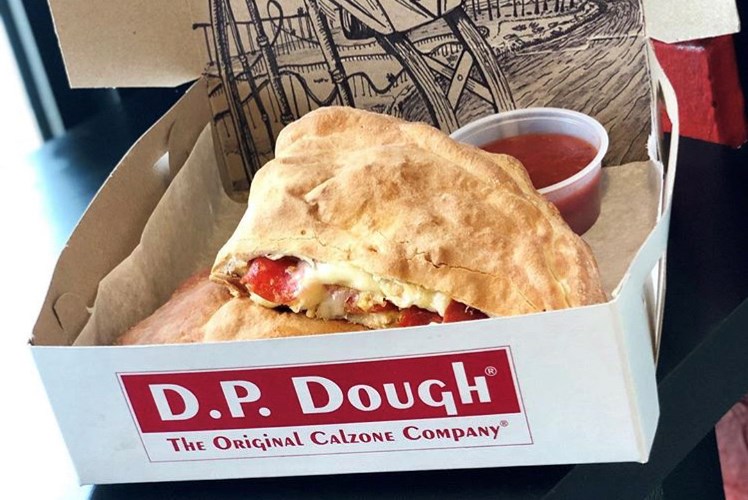 The owners of D.P. Dough, the nation’s largest calzone franchise and third-largest college-focused restaurant chain, have agreed to sell the Columbus-based company to Calios, a 13-unit competing calzone chain. Each Calios restaurant will convert to D.P. Dough, growing the brand from 26 restaurants to 43 by fall 2019.

The deal was reached after months of negotiations between D.P. Dough franchise owner Matt Crumpton and Eric Cook, CEO of Food Guys Inc., which owns the Calios chain.

“After speaking with Eric it became clear that, if D.P. Dough and Calios joined forces, the whole would be greater than the sum of its parts,” Crumpton said in a statement.

In March, Cook opened a new D.P. Dough in Kalamazoo, Mich., with more new stores to come in the next few months. The merger is a homecoming of sorts for Cook, who was formerly a D.P. Dough employee in Cortland, N.Y.

“It feels great to be back where I started, and to be able to grow D.P. Dough by bringing the two brands together just makes it that much more special,” Cook said in a statement. "This deal will give the company the burst of momentum it needs to reach our goal of having a D.P. Dough at every major college campus in America."

The business does not expect to make any big changes. Crumpton, an attorney who engineered the purchase of the D.P. Dough brand from its founder, will be joining Cook’s management team in a consulting and general counsel role. In addition, the D.P. Dough marketing department, which Crumpton heads, will be retained as an outside marketing firm.