Robots, automation and AI, oh my!

Whether it was robots that deliver packages, using ant colonies to inspire a redesign of supply chain, or software that simplifies industrial robot programming, those attending Devol’s Dance — including startup founders, executives, investors and thought leaders — shared ideas about the world we’re shaping.

Drive Capital Partner Chris Olsen says he remembers the days of technology investing, where as part of due diligence, you looked in server rooms to see how they racked and stacked their hardware.

“Then you could get a sense for whether their business was organized or not,” he says. “Today it would be crazy for a company to stand up their own server rack, because Jeff Bezos has commoditized this highly specialized engineering set into something that you can access ubiquitously with a credit card and an internet connection.”

Drive Capital sees the Midwest as a leader in emerging markets of venture capital because it’s where things get made, Olsen says. On a standalone basis, the Midwest would be the fourth-largest economy in the world, bigger than Brazil, Russia or India. The region also has a strong research basis, including in engineering; at The Ohio State University alone, the research budget is $800 million a year, he says.

Drive Capital, which has $1.2 billion in assets and just closed its third fund, raising $350 million, is encouraging companies within its portfolio — like READY Robotics, a Johns Hopkins University spinout — to relocate to Central Ohio. Other examples include University of Michigan spinout Clinc, which has stayed in Ann Arbor, Michigan, and Root Insurance, which started in Drive Capital’s office. A disruptor to the insurance market, Root is now worth over $3.6 billion.

While automation is critical to many of Drive Capital’s portfolio companies, two researchers at the event shared how robots, overall, are changing the way we think and how we do our jobs. 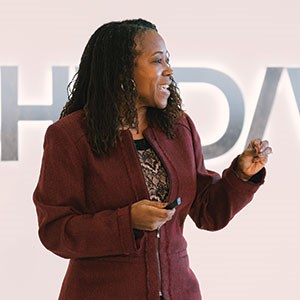 Georgia Tech Professor and Chair of the School of Interactive Computing Ayanna Howard, Ph.D., has seen robotics and artificial intelligence come together over her 20-year career.

She says there is so much data available to take advantage of, even if some companies are not yet doing so.

“If you think about all the data that’s out there, that’s pervasive, the future is taking that data and making it very useful in terms of the robotics applications,” Howard says.

She says another trend to watch is collaborative AI, in which humans and machines work together. But one difference between AI of the past and AI of the future is emotional connection.

“How many times have you looked at your phone and it gave you a suggestion, and you were like, ‘Man, I didn’t know that my phone understood and loved me that way’?” Howard says.

Today, people give personalities to their vacuum cleaners and were upset when the Mars Rover Opportunity died, things Howard finds both exciting and worrisome.

“We also have to think about what happens when it does make a mistake and it does break,” she says.

People generally trust AI, Howard says. When a maps application suggests a route that doesn’t seem right, your first thought may be, “It must know something I don’t.”

A recent study, in fact, found children were susceptible to peer pressure from robots. In another study, workers found it harder to turn off a robot when it was begging for its life.

Howard was involved in her own study that increased the risk level. In emergency evacuation scenarios, rather than going out an exit, almost everyone followed a robot.

We are at a stage of automation — in the early stages of adoption in human workspaces — where technologists have time to ensure it’s done right, she says. And it may be better to hold something back.

“As we’re deploying and as we’re testing and as we’re building new startups, we need to really think about this aspect of trust and ensuring that we do some mitigation,” Howard says. 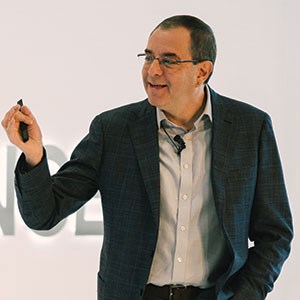 Just as ATMs didn’t spell the end of bank tellers, Autor doesn’t expect automation to take away all jobs. With ATMs, banks realized that as they moved tellers away from cash handling to customer service, they could open more branches.

Most jobs encompass a variety of tasks, and AI can help ensure all get done.

“If all those tasks need to be accomplished, then automating a subset of them actually raises the value of people’s labor in the remaining set,” Autor says, as their expertise, judgment and creativity become even more important.

With increased productivity, employment may decrease within certain sectors, but not in the economy as a whole, Autor says.

“As our technology improves and our wealth rises, we invent new services, new activities, new products that command attention, that drive consumption and that use skills and labor,” he says.

New work is not simply getting better at the same things, Autor says. As technology advances, we create new activities, some of which have to do directly with servicing, interpreting and deploying the technology, and some of which reflect rising incomes.

The biggest problem is not the number of jobs but the quality and accessibility of those jobs, he says. As employment develops in advanced economies, it shrinks the size of the middle class, knocks out rungs of the career ladder and potentially inhibits the possibility of intergenerational mobility.

Using the past as a guide, the best way to combat quality and accessibility issues is education, Autor says. Keep skills apace so people can access growing high-wage opportunities.