The cannabis space is an interesting investment opportunity that comes with a variety of risks, but as Ohio’s medical marijuana cultivators and dispensaries slowly gain ground, the nascent industry should pick speed in 2020. 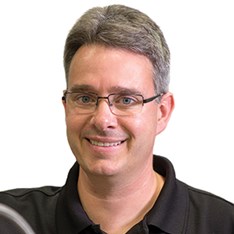 “Putting the regulatory and state hurdles aside, it’s a tough business,” says Andy Joseph, founder of Apeks Supercritical, which started making botanical extractors for the emerging legal cannabis market in 2012.

“We have to build the entire thing before we’re even allowed start to grow one plant,” he says. “That’s a huge investment that has no revenue until everything is complete. So, we’re shoveling money in and not able to capture a return on it, whereas in any other market, you would typically not start that way. You wouldn’t go into it with this huge investment and no revenue generation in a market that doesn’t have a well-defined customer base. It’s just not how you would typically do business.”

Smart Business Dealmakers spoke with Joseph and Scot Crow at Dickinson Wright PLLC about Ohio’s emerging medical marijuana industry and how investors and capital flow through it.

Getting off the ground

Crow, a general corporate M&A and Private Equity Practice Group chair with expertise in the legalized marijuana sector, believes many medical marijuana businesses under anticipated the amount of capital needed to get them through the growth phase in a market that’s trying to catch up.

“For example, in Ohio, dispensaries came online, cultivation came online, but the patient base is nowhere where it needs to be for all those businesses that exist,” he says. “You have to have capital on the sidelines, enough to keep you afloat and cover your overhead until you get into the black.” 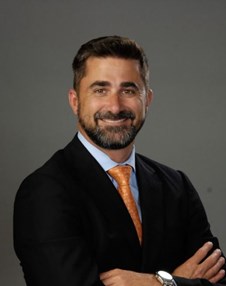 This gap exists on a national basis in states with medical markets, Crow says. States with recreational use laws can ramp up quicker because that taps more into the existing population of cannabis users.

Joseph says that Ohio’s regulatory environment is stringent when compared to a medical marijuana state like Oklahoma, where doctors can prescribe medical marijuana for any affliction. Ohio, on the other hand, has a small number of licenses, patients must have a condition on the state’s approved list and the doctor-patient relationship must be at least six months long.

“The way Ohio wrote its regulations, they required you to have the capital allocated and accessed prior to the (license) application,” he says.

So far, Joseph doesn’t know of any ownership transfers for cultivation and processing, but the Department of Commerce has released a process for it. He expects there will be some in the relatively near future, even it’s not a complete buyout.

Crow agrees that multistate operators will play a larger role in the future, as the businesses try to get to a point where they can stand on their own. But even with barriers, Ohio’s program picked up in the second half of 2019, with 2020 looking bright.

“The kickoff was really slow, but by the end of the year, the industry had about 80,000 patients — I can’t remember the exact number — and $60 million in sales,” Joseph says. “It’s below expectations, but it’s also not the worst program that’s been implemented throughout the United States.”

While the investment opportunities for cannabis might seem great, capital is difficult to come by throughout the industry as a whole, and especially in more restrictive states like Ohio, Joseph says.

Banks and the public market cannot touch what is still federally illegal, so the only capital options are private equity, family offices, personal loans, etc.

Because investors won’t start to get a return for months, or even years, in a relatively risky environment, interest rates are significantly higher, as high as 12 to 15 percent, Joseph says.

The investors, who are primarily private equity, come from all over. Joseph’s original ownership group for Ohio Grown Therapies was a mixture of him, his wife and a partner who has a vertically integrated marijuana operation in Hawaii.

One mechanism Joseph has noticed being increasingly used is the sale-leaseback, where investors can buy the facility and lease it back to the operator.

“It frees up capital and access to cash so that you can reinvest in other operational areas in the business and not have it all tied up in, essentially, the capital investment,” he says.

Joseph also sold his company, Apeks Supercritical, last year to a company owned by Gibraltar Industries, which is publicly traded on the NASDAQ.

“Because we don’t touch the plants, we were able to be acquired and essentially take an investment, if you want to call it that, from this public company, which has just opened up tremendous doors for us now,” he says.

Apeks has more opportunities for growth with the support of a corporation behind it.

Joseph believes that only once the Safe Act is passed at the federal level — which would allow banks to operate freely with licensed marijuana businesses, or some other type of federal action to de-schedule or reschedule marijuana — will cannabis companies be able to truly reach their potential. Just like Apeks.