For years, the future of The Ohio State University's west campus has been up in the air. That’s changing with the first three buildings planned for an eventual innovation district. 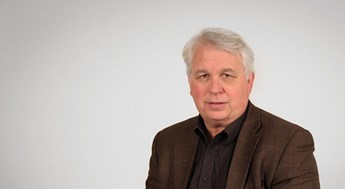 “A few years ago, the trustees became interested in taking the approximately 280 acres, south of Lane, and developing a plan to create an innovation campus out there,” says Keith Myers, vice president of Planning, Architecture and Real Estate. “That is what we’ve been working on.”

Myers expects to see the Interdisciplinary Research Facility, Energy Advancement and Innovation Center and the Wexner Medical Center West Campus Ambulatory Facility up sometime over the next 24 to 36 months. The buildings will support research and technology commercialization.

The trustees still have decisions to make about how to prioritize more construction because the long-term plan may take multiple decades to implement, but the momentum is growing.

“The board of trustees and the leadership of the university are totally committed to creating this research and innovation campus on our west campus,” Myers says. “Like everything at Ohio State, it’s going to be big.”

Laying out a vision

The previous master plan remained silent on west campus. That changed with Framework 2.0, which was announced in 2017.

“We’re fortunate that Ohio State has a lot of land, but sometimes when you have a resource like that it becomes difficult for an institution to make decisions about how to really maximize the asset,” Myers says.

Over the years, different things have been tried. In the 1970s, a campus for freshmen students was unsuccessful. A technology corridor with research facilities along Kinnear Road, developed in the 1990s, was more successful.

The idea with the innovation district is that it ultimately won’t be just for Ohio State, which already has a lot of ties to corporations through sponsored research. Myers says they hope, as the plan develops, corporate partners will step forward for public-private partnerships.

“There’s been a lot of interest,” he says. “We haven’t really been in a position to engage in any discussion, as we’re still getting land ready for development. It’s a process, and we have a lot work to do to make sure it is ready to go and we’re engaged in that. But we have spoken to a number of people that are interested in or have expressed an interest in partnering with us in the development of the campus.”

Ohio State also looked at a number of different models, such as the Cortex Innovation Community in St. Louis, Kendall Square in Cambridge, Mass., and Mission Bay in San Francisco. However, Myers says, there’s no singular approach. Each university and site are different.

The Interdisciplinary Research Facility will anchor the district. The facility, originally planned for another location, will house approximately 270,000 new square feet including wet, computation and core labs, a vivarium and support spaces.

Myers says the shortage of wet labs is an issue for both the campus and the medical center, so the building will try to address that.

Predominately, the facility should house engineering and medical research, he says. Although other groups from the colleges of Food, Agriculture and Environment Science or Arts and Sciences will also be there.

“We hope that will generate some cross-disciplinary research that will be meaningful.”

The approximately 395,000-square-foot West Campus Ambulatory will include Central Ohio’s first proton therapy treatment facility in partnership with Nationwide Children’s Hospital. The proton center project, which uses protons (positively charged particles) instead of x-rays to kill cancer cells, is projected to cost $100 million alone, and Nationwide Children’s has committed up to 50 percent of that.

The outpatient center is several months behind the other two, in terms of its timeline, Myers says.

The Energy Advancement and Innovation Center will be a hub for technology commercialization first outlined in the university’s comprehensive energy management partnership. The project is a cornerstone of the university’s public-private partnership with Ohio State Energy Partners. As part of the agreement, OSEP committed $50 million for the project, including $35 million in design and construction costs.