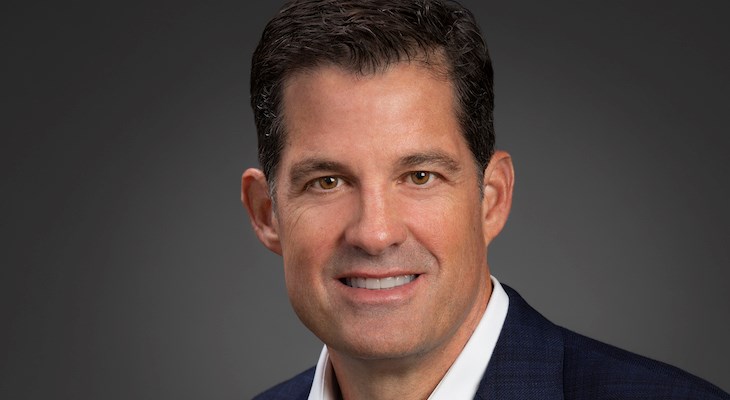 When Michael Scott went out on his own in 2010, doing his own deals after more than 20 years of private equity and M&A experience, he knew there was no room for mistakes.

Multiples were low and businesses were performing, but Mike didn’t have a fund or a wealthy family to back him.

“I wanted to look for opportunities where I could make a difference, where I had an advantage,” he says. “I think that’s even more important today than it was back then.”

What Mike did have, however, when he co-founded Stadion Capital — a private investment partnership with a buy and build strategy that focuses on management teams — was a strong network and the drive to get a deal done.

He was industry agnostic and opportunity-centric, ultimately choosing Scioto Properties.

“I couldn’t invest (my own funds) as much as I wanted to,” Mike says. “I had to bring in outside investors for the majority of it, but that gave me discipline. It made me really think about the deal I was doing.”

In the years since, the firm has made more than a dozen investments and still holds nine of those.

The managing partner shared his advice for buying businesses at the Smart Business Dealmakers Conference in September.

Start with one you can close

That first deal is still part of Stadion Capital’s portfolio a decade later, but the firm has brought on follow-on capital and an institutional investor.

“With that opportunity, I loved the recurring revenue nature of the business, the high return on assets, the stickiness of the customer base with long-term contracts,” he says. “I didn’t have a lot of assets to borrow against but partnered with a bank that saw our vision. We’ve since paid off all that debt and continue to work with that bank today.”

Mike has continued to follow that model: acquiring businesses where he has a competitive advantage versus another buyer, own as much as he can and not be afraid to bring in outside investors that can help drive value.

“When you’re starting out and you’re doing your first deal, you want to make sure you’re starting down the path with a deal that that you can close — and that you don’t end up with what we call in the industry ‘deal fever,’” he says.

A number of entrepreneurs spin out of large organizations and effectively buy an underpaying job with a personal guarantee of the debt. They get involved in an industry they don’t know well, thinking they’re bringing best practices from their former organization. That is a mistake.

“Best practices are not a competitive advantage,” Mike says.

“I call it the runaway bride syndrome; that’s where business owner, at the end of the day, isn’t really ready to sell,” he says.

Use your advisers as a check

When considering a deal, it’s critical to work with trusted advisers, strong legal counsel and sophisticated lenders, Mike says. They can challenge your assumptions and help ensure you understand the operating agreement and what you’re signing up for.

Some operating agreements have clauses with a right of first refusal, or ROFR, from another investor, which lessen the likelihood of a deal closing.

“When you’ve been doing deals for a long time, you see all kinds of structures — contingent seller notes, earn ins, earn outs,” he says. “Sometimes you try to deal with customer concentration or issues with the business — maybe it’s concentration of margin within a customer, maybe it’s technology risk, cyclical risk — you try to deal with that with some sort of structure. And at the end of the day, you can’t outstructure a bad deal.”

Because Mike doesn’t have an investment committee, he considers his network and mentors his deal committee. Often that includes his former partners, and sometimes he runs opportunities by his father because he starts with no.

If you don’t have a mentor network already in place, reach out to start creating one.

“What I’ve found since going out on my own is that successful people — entrepreneurs, business owners — want other people to be successful, and they’re willing to help if you understand their background, do some research and approach them in the right way,” Mike says.

If you find yourself spending more and more time in due diligence, working around problems, the more important it is to listen to your advisers and step away, he says.

“In this marketplace where multiples are really high, trying to acquire businesses right now, if you don’t have a competitive advantage where you know you’re going to be able to grow your EBITDA, then you’re putting yourself in a position where, in a downturn, you may be in for some trouble,” Mike says.

It’s critical to properly capitalize your business, he says, whether it’s your first acquisition or a subsequent one.

“Make sure you have dry powder because, inevitably, things don’t go as well as you as you think,” he says.

You can also make a deal stronger by bringing in investors who can help drive shareholder value.

“Multiple times, I’ve brought in investors in deals where I didn’t need investors, but I brought them in because they had relationships,” Mike says. “They had success in the same industry, and their money was more green, quite frankly, than mine sometimes, and it made our money and our thesis that much stronger.”