The art and science of letting go

Sunsetting your career isn’t an easy transition — and the emotional issues are usually tougher to navigate than the financial or business concerns.

Take President Dominic Federico, of BriskHeat Corp. He facilitated a successful sale to a Swedish company, his contract will soon be up, the buyout will be complete and he’ll have to decide what to do with the next phase of his life. He’s not sure yet if he’ll be staying; it won’t be his decision.

“I feel very comfortable that whether I stay or leave, the management team that we’ve put in place will carry on and do an excellent job,” he says.

When Federico began the sale process years ago, he started wrestling with questions like how he wanted to live his life if he’s no longer working, and how he should transfer wealth to his children and grandchildren.

“My wife and I sat down and tried to plan for how we wanted to live when you cease being a VIP and you become an FIP, a formerly important person,” he says. “You have to think about that, and I believe that you need three-year and five-year goals. This is difficult for me because I’ve worked my entire life; that’s who and what I am.”

At the Smart Business Dealmakers conference in September, Federico and advisers from Wells Fargo Private Bank discussed what happens post sale and the emotional side of leaving a career.

Federico joined BriskHeat in 2001 to turn the company around. He did that, growing it to about 700 employees in six countries. But the intention was always to sell.

“We reached the point where we felt it was the right time,” he says. “The business was growing. It was very successful. We had developed a very, very strong management team — not only at the senior level but further down. We had two manufacturing plants — one in Columbus, one in Vietnam. They were both doing extremely well.”

The acquisition process wasn’t new to Federico, his business partner or others in the ownership structure. The important thing was not to rush the sale, which ultimately took four years, and to ensure all three stakeholders — shareholders, employees and customers — benefitted.

BriskHeat walked away from three buyers before settling on Nibe Industrier AB. The deal involved 60 percent of shares, with the remaining shares to be picked up at a later time.

“We picked the right partner,” Federico says. “We’re going through a three-year transition to the second phase, the final buyout, and it’s been excellent. I can’t say enough good things about it.”

“It’s a continuing process, and to accomplish that you really need good outside advisers who are not emotionally involved as you are and who can give you good sound advice,” Federico says.

Everything has a beginning, middle and an end, and as you get to the far side of your career, it’s important to think about the future, he says.

“You have to think about how you want to live,” Federico says. “It’s not just the money. Money is where you keep score, but it’s not a big motivator.” 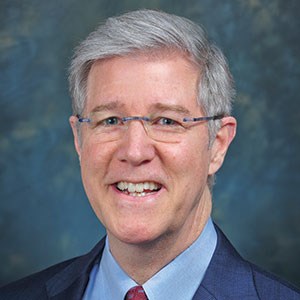 He remember, years ago, a gentleman in his late 50s cashed out of his business and mentioned that he’d want to talk to Shunk at some point. Then he disappeared.

Shunk says, “Eighteen months later, he called me up and said, ‘I’ve gone all over the world with my wife. I have gone to every Cubs game. I’m driving my wife crazy and I’m getting depressed. I’m lost.’”

The two sat down to define his calling and passion — he was in investments — in order to repurpose that. Eventually, the man became the chief investment officer of a prestigious foundation in Chicago.

Post-sale planning, however, requires balance. You don’t want to overplan as you create a wealth bucket, carving out assets in order to build another business or do something else, says Christopher McGraw, senior vice president and senior wealth planning strategist at Wells Fargo Private Bank. 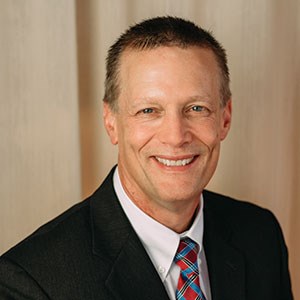 In addition, many sellers think that if you get the highest multiple and the most cash possible out of a deal, everything else will take care of itself.

“Driving as high a price as we can, maximizing the after-tax value — those things are all great, but they don’t handle that emotional side of things,” McGraw says.

For example, one seller in his late 70s/early 80s was struggling post-sale. He was used to the business being involved in a lot of charities and sponsorships, but the new owner wasn’t interested in those commitments.

“He hadn’t taken into account the fact that this was something very significant to him,” McGraw says. “If he wanted to continue sponsoring these things and have that identity in the city, it was now out of his own pocket.”

Missed opportunities aren’t always things like overplanning or a retirement that isn’t as secure as you would like, he says.