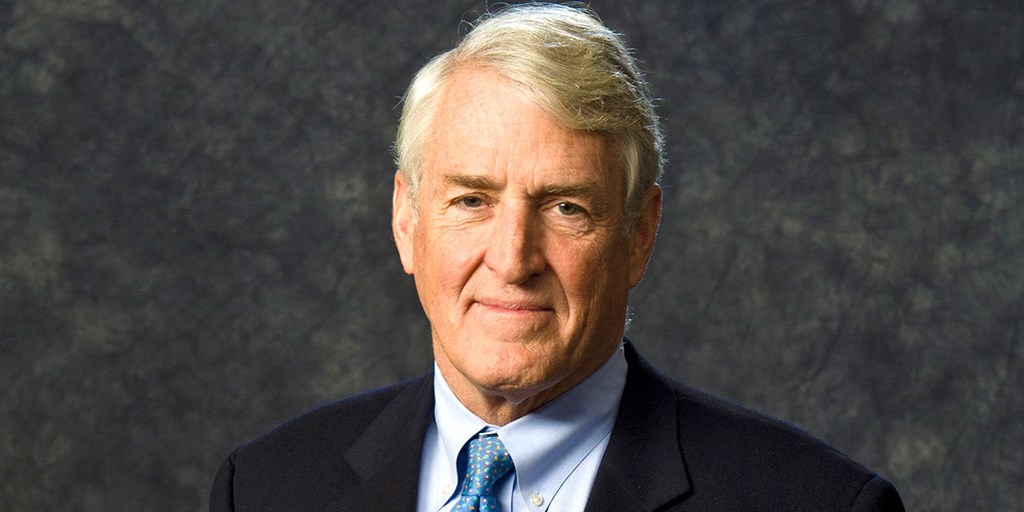 Dan T. Moore III has always been quick on his feet, like the work he did in the late 1970s to solve an urgent problem for Chevrolet’s line of pickup trucks. The long-time automotive division of General Motors was struggling to develop a floor pan that would not rust.

“They couldn’t get galvanized steel that wide and the normal coating system wasn’t working,” says Moore, founder of Dan T. Moore Co. “You had the potential that the floor would rust out and the exhaust fumes would be sucked in and kill the driver. I developed this wonderful solution and sold it to engineering. But I hadn’t built the plant yet to make it.”

This was a big problem, as Chevrolet’s purchasing representative was on his way to meet with Moore and get his solution up and running. When he arrived for the meeting, Moore was still searching for an answer.

“I had chalk marks where the machines were going to be,” Moore says. “He said, ‘How do I know you can do this? This is not something you’ve done, your factory isn’t running and you don’t have employees. How is this going to work?’ Just then, there was a door open to a factory next door that was owned by a friend of mine. I said, ‘Well here, let me show you the rest of the operation.’ So I took him through this other guy’s factory and convinced him I was big enough to handle this job. I was not really lying, just giving him a different slant on things.”

Moore’s solution was used on 200,000 Chevy pickup trucks a year for several years. Chevy eventually found a galvanized steel solution, but not before Moore earned a substantial profit, five times the average margin for such a product given the value of his innovation. A graduate of Harvard Business School, Moore has had a storied career as an innovator, entrepreneur and dealmaker. He’s started at least 35 companies and still has 19 businesses that he runs today. He’s an adviser, a trustee and a director with ties to many of Cleveland’s largest businesses and organizations.

In this week’s Master Dealmakers, Moore reflects on his career in business, his skill as an innovator and how dealmaking has helped bring it all together.

It all starts with an idea

Everyone stresses how important it is to have a formal business plan. I’ve always thought that it’s the idea that is more important. We should spend more time teaching people how to get ideas. There’s a royal road to this. The first one is get yourself in a position where you see the potential for lots of unmet needs.

Start from as large of a sample size as you can. A friend of mine used to look at two deals a day. What he was trying to do was screen it down to something that made sense. The more breadth you can look at, the better you can innumerate the value of an individual deal. Before you decide to buy something, you really have to understand what you bring to the opportunity that makes it more valuable.

Is it a company that has pricing power? Does it make a product that has unique characteristics? It helps to know how much of an unmet need the company is really fulfilling. Unmet needs are the secret to any business deal, as they can lead to a higher price earnings ratio and a higher margin. The ability to establish your own pricing is absolutely crucial.

You never have complete control. At Standard Oil, where I worked first, I had a wonderful idea and I was working with terrific people. But I did not have control of my ideas. It was one of the best ideas I ever had and I couldn’t take advantage of it. After that, I thought in my mind, I really have to have control of my destiny and working for myself is the only way to do that. But as soon as I started working for myself, I began to understand the customer really has control over you.

You have to know yourself. There are very few people who think a lot about what makes them tick. What is it that you really want? Do you like to be with people? This isn’t about things like, ‘I want money.’ If you’re only interested in making money, I don’t think you’re a very good entrepreneur. You have to be interested in more than that. There are a lot of very successful people that just make money with financial transactions. When I get something, I like it to be part of something I’m trying to do.

On the bottom of all my call reports and interoffice memos, I used to have an adage from Rudyard Kipling: ‘I keep six honest serving men. They taught me all I know. Their names are what and why and when and how and where and who.’ You have to have all the details and you have to understand what you’re doing and the motivation of everything that people are thinking about. What causes someone to want to sell their business? A lot of times, you find that money isn’t the big thing that is driving their decision. It’s very often something else that they are more interested in.

Always be congenial. No matter what happens, keep the discussions relaxed, rational and unemotional. Show the utmost respect to the people you are dealing with. To do this, you have to pepper your conversations with compliments about their accomplishments and what they have done. You always have to think, ‘I wouldn’t be looking at this company if someone hadn’t done something very good and very special.’

You generally don’t know when a company has a problem, because they don’t want to advertise it. If a manufacturing company has an automotive problem that exists with their current cars, they are going to be selective about who they show the problem too. My daughter had a very serious skiing accident resulting in a head injury which resulted in her death. At the time, I had engineers who were working on damping materials for cars. We applied some of that knowledge into damping materials for helmets.

We eventually developed the best energy-absorbing helmet in the world and a company called Team Wendy. We make military helmets for the U.S. Army and U.S. Marine Corps and now refreshingly, we’re making a new ski helmet which is a dramatic improvement over normal ski helmets. It’s harder to find the unmet need than it is to find the solution to the unmet need. Team Wendy has pricing power, it has a product that has unique characteristic and it isn’t a commodity.

There is probably several billion dollars being spent on R&D a year in Cleveland. You can find a solution. The universities are terrific with Cleveland State and Case Western Reserve University. They all have very good engineers that can help you solve problems. Identifying the unmet need, that’s the problem.