By Adam Burroughs on May 19, 2022
Cleveland Investing 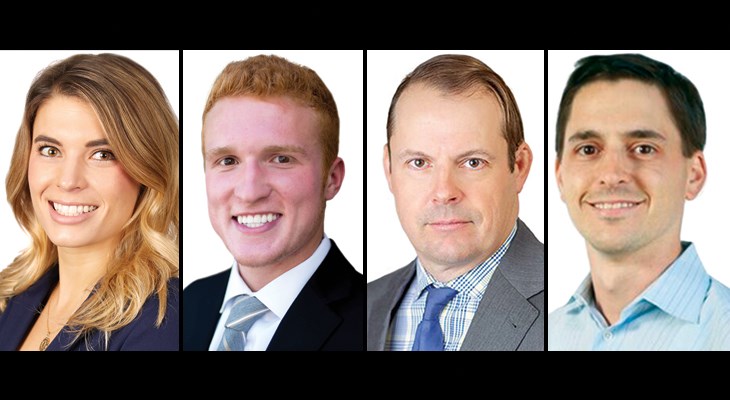 There's a lot of money in Esports, says Kohrman Jackson & Krantz (KJK) Esports Partner Scott Norcross, which is why many people are investing in the sector. But there's more to it than that.

"Ultimately, when you look at the broad range in which the companies are appealing to, you're essentially appealing to an audience that is anywhere from 14 years-old to 50-some years old," Norcross says. "When you look at the leading groups within what's driving Esports in sponsorship, that's the exact audience that  many of those groups want to hit. So, what's driving that is how do you reach that audience when we all are now living on first, second, third screens, and that's really capitalizing on that."

Norcross was part of a panel at the recent Cleveland Smart Business Dealmakers Conference on financing Esports-related companies, which was moderated by Kaulig Capital's Vice President Brooke Hradisky. The discussion centered around how Esports companies and divisions are financing growth.

eFuse Founder and CEO Matthew Benson says investment is coming in because people are also trying to capitalize on the fandom. People who are passionate about video games are spending just as much time if not more time watching competitive video gaming as fans of traditional sports — basketball, baseball — spend watching their sports.

"So, brands, partners, investors want to be part of that and want to capitalize on all of the momentum and all of the fandom and the time spent around gaming," Benson says.

Investing in Esports, Norcross says, is often celebrity driven. But there are also private equity-driven Esports funds investing. Even traditional banks are getting in the game.

"We really try to look at what people are going to look at from a perception standpoint, whether that be speculation or otherwise, and try to solve for that issue in that because ultimately Esports, while relatively new, is going to be here in when Dealmakers is in 2040 at this point," Norcross says.

The need in the sector right now, coming out of the pandemic, is broadcast and streaming. There are also opportunities with NFTs and cryptocurrency in gaming. On the real estate side, the return to live gaming, which can see competitions fill arenas with spectators, is once again an area of focus.

"I think that you'll see that live gaming will be over a $2 billion industry within a year at this point," Norcross says. "So, I would say this for any investor, if you were interested to get in the space, you can kind of pick your sweet spot where you're the most comfortable that probably is very similar to what you're doing in your day-to-day life."

Benson says because of the constant development of new games, investors should take a templated approach.

"In essence, it's like basketball is reinvented every single year," Benson says. "You have to account for that. If I'm putting my money on something, I would put it up more on the infrastructure side — whether it is a facility, whether it's facilitating competition, or helping the content go out there. If you can pick the right game to invest in, you could hit a home run. But it's a lot harder to do because you just don't know how the community's going to react. But if you invest on the infrastructure side — the picks and shovels — and they're focused on creating template approaches, that to me is the biggest risk, but also one of the bigger opportunities."

He also offers a word of caution. He says don't get caught up in the buzzword of Esports or gaming. It's important to do your due diligence

"There are as many losers in Esports investing as there are winners," he says. "So, do your due diligence when it comes to that. Reach out to people you know if you're interested in it. Treat it like any other business you're looking at."

It's also important to understand the sector's reliance on the game developers and publishers.

"In this world, Fortnite owns the equivalent of basketball," Benson says. "Nobody owns basketball, but they own Fortnite, and then you can't run a Fortnite event without going through them or getting their approval. So even on the infrastructure side, it's extremely important to know what access they have and understand whether they have exclusivity or what the rights are with the different agreements because at the end of the day, the game developer and the publisher hold a lot of power."