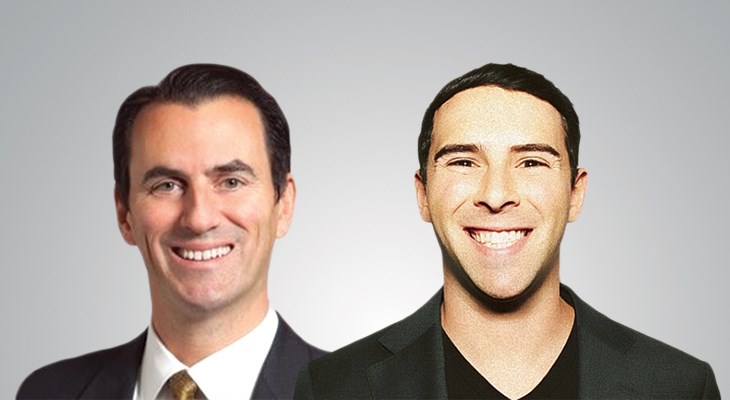 MedPilot was acquired by Vytalize Health in a deal announced in February 2021. Company co-founder and Chief Marketing Officer Matt Buder Shapiro says it was an exciting experience for the digital health platform.

"We were in a really healthy place in terms of our company," Shapiro says. "We had just had a great financing from some incredible local investors as well as people across the country and we were just starting to really rock and roll on the sales and growth side. And we had just entered early-stage conversations with Vytalize around expanding our offerings into the clinical side of engagement. And right when that happened, COVID hit and a pandemic really shook everything up."

The event, however, turned out to be favorable for MedPilot. While the revenue cycle aspect of the health care industry stalled, creating what Shapiro called an all-hands-on-deck situation, the clinical issue in the relationship with Vytalize became extremely important — not just to the two businesses, but to the overall country in terms of keeping people engaged.

"It's better to be lucky than smart," he says. "We are so thankful to have been speaking with Kevin (Murphy, CFO of Vytalize) and Vytalize as a client — turning into our biggest client — and so very fortunate that we were able to take the next steps."

Listen to the podcast

Murphy says he's done a lot of deals, including multi-billion-dollar transactions. When dealing with smaller, earlier-stage companies, there can be a lot of constituents, each one often with different objectives for return or for value. In discussing a transaction, that meant dealing with most of them. He credits Shapiro and his colleagues for their frequent and close dialogues.

"There were a number of convertible note holders who had a very senior position in the capital structure who had to be part of that dialogue," Murphy says. "We did a lot of algebra to create a solution that actually worked for them in their returns, putting most of them into a joint return solution with vitalized stakeholders."

After the transaction, Shapiro stayed with the company. Whether or not to do so is a question he says the founders asked themselves many times throughout the process.

"What made it fit so well for us was all of us as founders felt like we would rather have a smaller piece of a much bigger pie than own the whole thing," Shapiro says. "By combining companies, we knew how much bigger we could be. We knew that this isn't like an ego thing like, 'I want to be the King of the Hill.' This is about making a transformative change in health care and with the combined entities we knew we could do it."

However, as Murphy has found through his deal experience, this isn't always the case.

"There have been any number of transactions in the past where one person's ego or need for control, or even some other things, which we used to call social issues — like, what's the name of the combined company going to be, where's the headquarters going to be — which in the this day and age don't matter as much, but if any of those things matter to that seller/driver person in a transaction, can actually ruin the deal," Murphy says. "I've seen deals that failed because of those issues. The solutions for them are sometimes economic, are sometimes structural in such a way as to carve out an empire for that ego issue or person, or define certain rewards for success doing what that person wants to do most. So, there are ways to synthesize around it. Some of those work. Sometimes that person is doing that because they're not the kind of person who wants to do a deal in the first place."

Shapiro and Murphy spoke on the Smart Business Dealmakers Podcast about the deal, how it came to be and where the combined companies go from here. Hit play to catch the full conversation.