Staffing Solutions’ SueAnn Naso: When Buying A Business, Take The Time To Do It Right 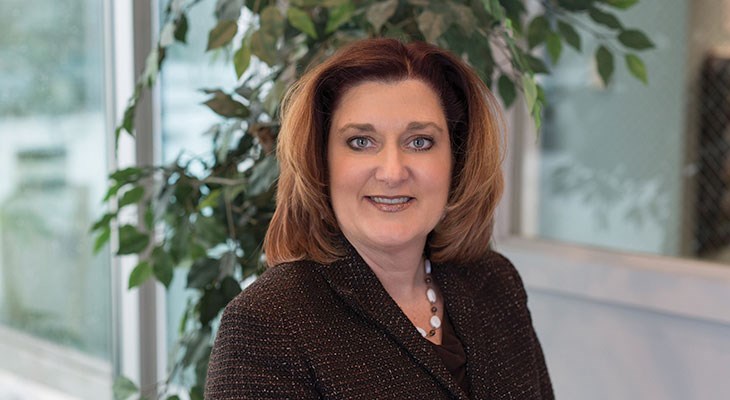 Familiarity breeds comfort — not always a good thing in the world of M&A.

As SueAnn Naso and Carmella Calta discussed the sale of Staffing Solutions Enterprises, it became tempting for these friends and business partners to skip some of the key principles of effective dealmaking.

“You think because you know each other, because you’re both intimately involved in the business, that you don’t necessarily have to do a lot of planning,” says Naso, who bought the staffing firm from Calta last month. “We almost went down that path. It was the professional advisers we brought to the table who said, ‘Nope, you still need to take the time to go through these steps.’ Had they not come back and challenged us around that, we may not have put the best structure in place from an organizational perspective for me to acquire the business.”

Naso has been with Staffing Solutions since 1992, serving as president since 2009. The sale was initiated by Calta’s decision to retire following a 45-year tenure with the organization.

In this Dealmakers feature, we spoke with Naso about the planning that went into the sale and the important role that advisers played in the transaction.

When Naso became president in 2009, she also bought a small share of the company. That’s when the topic of succession planning first came up.

“She never had children, so there weren’t others in the family that were interested in the business,” Naso says. “Her option was pretty much to sell the business. And I said, ‘Well, I don’t know if I really want someone from the outside coming in and owning it. Why don’t I throw my hat in the ring and pursue that?’”

The original plan was for Calta to own the business for five more years, leading to a potential sale in 2014. When the time came, however, Calta decided she wasn’t ready to step away, so Naso continued to learn and get involved in more aspects of the business. The deal wasn’t off the table, it just was going to be delayed a bit.

About two years ago, the serious work began on negotiating a sale that would take place in 2019.

“We were both committed to creating a deal that would be mutually beneficial,” Naso says. “Because we were both so close and intimately involved in the business, we agreed we really needed an objective third party to help us establish a fair business valuation.”

Naso and Calta worked closely with EdgePoint, which several years earlier had facilitated a transaction in which Staffing Solutions sold a training center it owned.

“I spent a lot of time really trying to educate myself on the whole process of valuing a business and the multipliers within our industry, financing options and purchase structure,” Naso says. “It’s pretty overwhelming when you start doing all of that research. The biggest challenge was that I felt I really needed to surround myself with the right team of people to advise me.”

“I didn’t even know how to build out the financing pitch deck that I needed to take to the banks and say, ‘Hey, I need financing for this,’” Naso says. “The other challenge was really my lack of patience through the process. I thought it should have happened much easier than it did. There was just so much back and forth. We started this back in April, so it took several months to materialize. Even when it’s an amicable and planned situation, it still takes a lot of time to go through the process.”

Listen to the experts

With the help of her network and advisers, Naso closed the deal and took ownership of the business last month. While the process tested her patience, she valued each step that she took. And if she had to do it over again, she says she would have dedicated even more time to the process.

“My takeaway was we should have started some of this planning earlier, especially regarding the structure and what would be the best organizational structure for me to purchase the business,” Naso says. “That’s going to give you the best outcome from a financing, accounting and tax perspective. Had our accountant not challenged my thinking and how I was going to acquire the stock, I may not have gotten the best accounting or tax outcome. You need that that good team behind you. Without it, I could have made some wrong decisions.”